Mohamed Salah’s 150th Liverpool goal and Luis Diaz’s first kept the Reds in the hunt for the Premier League title as they came from behind to beat Norwich 3-1, while Chelsea snatched a late win at Crystal Palace on Saturday.

Liverpool boss Jurgen Klopp made seven changes from the side that won 2-0 at Inter Milan in the Champions League in midweek and nearly paid a heavy price when the Canaries took a shock lead at Anfield.

Milot Rashica’s shot deflected in off Joel Matip three minutes into the second half.

But Liverpool’s deadly duo of Sadio Mane and Salah turned the game around with two goals in the space of three minutes.

Diaz then produced a deft finish either of his two strike partners would be proud of to lift the ball over Gunn from Jordan Henderson’s defence splitting pass.

Chelsea’s 1-0 victory at Selhurst Park may have come too late to kickstart a title challenge as they are still 13 points off the top.

However, they solidified their place in the top four as Hakim Ziyech slotted home Marcos Alonso’s cross a minute from time.

Arsenal moved into pole position for the fourth and final Champions League place as Emile Smith Rowe and Bukayo Saka struck to see off Brentford 2-1.

The Gunners’ need for a goalscorer was shown up again as Mikel Arteta’s men penned the Bees back from the first whistle but had to wait until Smith Rowe fired into the far corner two minutes into the second half to break the deadlock.

Saka then rifled in a brilliant effort in off the post 11 minutes from time before Christian Norgaard registered a consolation deep into stoppage time.

Arsenal remain sixth but move to within one point of Manchester United in fourth with two games in hand.

West Ham’s bid for the top four took another hit as they were held 1-1 at home by Newcastle.

Norwich slip to the bottom of the table as Burnley secured just a second win of the season and in some style with a 3-0 win at Brighton.

January signing Wout Weghorst netted his first goal for the Clarets before he then teed up Josh Brownhill to make it 2-0 before half-time.

Jay Rodriguez added a third after the break to move Burnley to within five points of safety with two games in hand on Newcastle.

Watford also secured a badly-needed win and a first under Roy Hodgson as Emmanuel Dennis scored the only goal in a 1-0 victory at Aston Villa.

Everton are nervously looking over their shoulders as they were well beaten 2-0 at Southampton with Stuart Armstrong and Shane Long on target for the Saints. 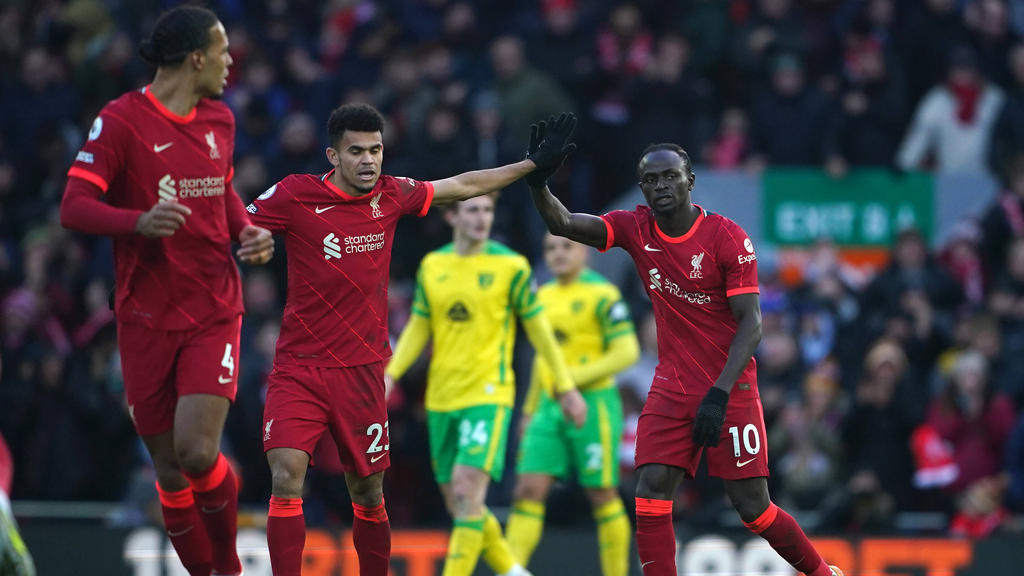